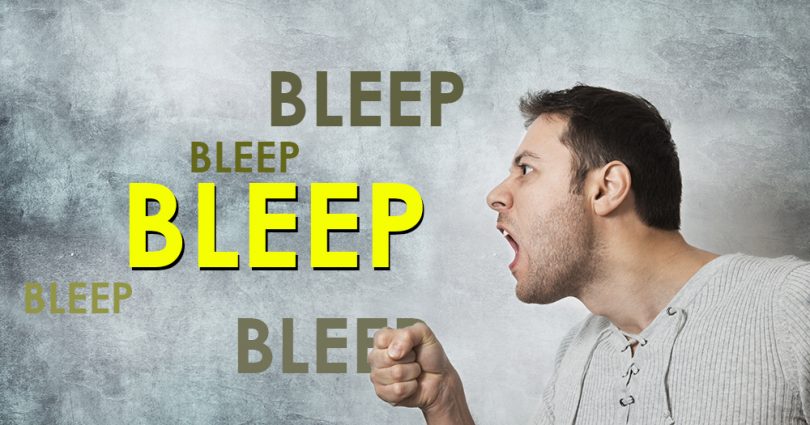 To Cuss or Not To Cuss
Swearing at kids

I cannot speak for everyone, just to be clear.  With that said, if I am asked if swearing is acceptable to do in front of my children, my gut answer is “No!”

First of all, for those that have never read one of my posts before and may not know anything about me, I am a Christian and I believe that I am a pretty moderate guy.  I tend to get along with most people in most situations and truly love kids.  I was raised with a foundation of respect toward my parents.  In fact, I would say that most kids of my generation were raised with a general respect for all authority.  We recognized that parents were definitely the authority.

I watched them as they also interacted with their authority and by observing, I took my social queues.  When my father was pulled over for any infraction, the response to the officer was respectful and even jovial most times.  What was even more interesting and impactful for me was watching parents who were the authority for us deal with their parents and the respect they showed.

I came to understand this respect as the demonstration of love toward parents, our neighbor and authority.

Now did I cuss?  You Betcha.  Before I knew better, i swore with enthusiasm around my friends that were my age or slightly younger.   But there seemed to be this unwritten rule that I didn’t want to corrupt younger kids with vile talk and didn’t want to disrespect older folk through the use of such language, and if I did I knew it was wrong. (For the younger kids today, yes that was actually a thing!)

So for this reason, I was curious at what the experts said about swearing in front of kids or at kids.  I was shocked.  How could this be that some say it is good to do while others suggest it is good for children to hear.  In fact, just Google it and see what many of the posts on the first page of results say:

This is where I feel there is a disconnect.  Common sense has become common non-sense.  Wisdom seems to have been corrupted and disrespect is open and free-speaking.

Ephesians 4:29-30: “Do not let any unwholesome talk come out of your mouths, but only what is helpful for building others up according to the needs, that it may benefit those who listen.”

Colossians 3:8, “But now you must put them all away: anger, wrath, malice, slander, and obscene talk from your mouth.”

James 3:10, “From the same mouth come blessing and cursing. My brothers, these things ought not to be so. “

Ephesians 5:4, “Let there be no filthiness nor foolish talk nor crude joking, which are out of place, but instead let there be thanksgiving. “

The Bible verses above helps to shed some light on why Christians shouldn’t swear in front of their children (or anyone else for that matter).  But what of non religious or non-Christian folk.  Does it have the potential to build better relationships between children and parents because nothing is held back.  Could the duplicitous life of living one way at home and another way when out with friends could be solved by a more open and free-speaking home?

Well, that is for each person to decide for themselves.   But I will make a few suggestions that may make sense if not “common” sense.

It is 2PM and you are sitting at the doctors office waiting for your name to be called.  The place is busy and there are several people ahead of you.  A child about 7 years old sits across from you with his parents and while they are speaking, the child is using the most common swear words as part of his conversation and the parents are cursing right back.  They are not angry and their conversation is playful.   I paint this scenario to avoid the cliche scenario of the loud kid screaming obscenities.  If overhearing this conversation makes you feel that the child is growing in a positive environment and his/her future is bright, then you have your answer.

However, I imagine that there is something in all of us that would find that just a bit odd.

5. It is disrespectful for a parent to swear at their child.  It is equally disrespectful for the child to swear in a conversation with their parent.  Because they do not have the skills to recognize it as an abuse of respect does not mean that we should celebrate their ignorance.

I would love to hear your thoughts on whether you feel it is ok to cuss to your kids and thoughts on this article.  Thanks for reading.