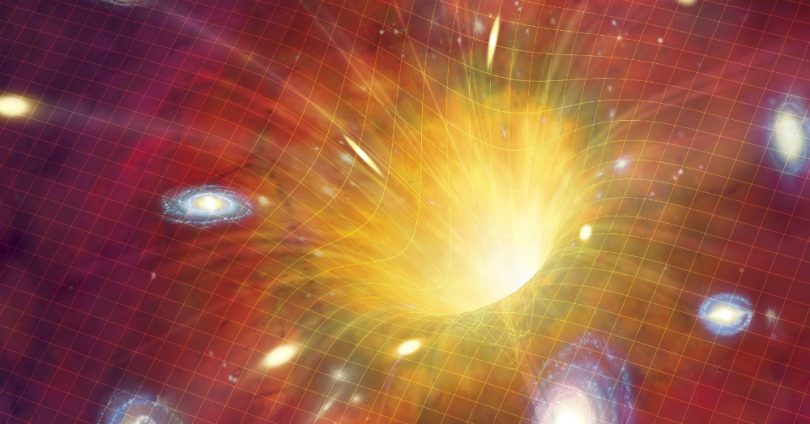 Should science scare a believer?

I love science.  Every time I see that we discover something new in medicine, or a distant galaxy, or a previously undiscovered animal,  I marvel at scientific ingenuity.  Science is awesome.  I think about the scientists that were great thinkers in their day that gave us much of what our scientific understandings are today and what it would have been like to make the ground-breaking discoveries that they did.  Some of them were pioneers in their field:

Nicholas Copernicus (1473-1543) who put forward the first mathematically based system of planets going around the sun.

Sir Francis Bacon (1561-1627) who is known for establishing the scientific method of inquiry based on experimentation and inductive reasoning.

Johannes Kepler (1571-1630) who was a brilliant mathematician and astronomer. He did early work on light, and established the laws of planetary motion about the sun.

Rene Descartes (1596-1650) who is known for his famous quote “I think therefore I am”, was a French mathematician, scientist and philosopher who has been called the father of modern philosophy.

Blaise Pascal (1623-1662)  who was a French mathematician, physicist, inventor, writer and theologian. In mathematics, he published a treatise on the subject of projective geometry and established the foundation for probability theory. Pascal invented a mechanical calculator, and established the principles of vacuums and the pressure of air.

Isaac Newton (1642-1727) In optics, mechanics, and mathematics, Newton was a figure of undisputed genius and innovation. In all his science (including chemistry) he saw mathematics and numbers as central.

(For more on scientists that believed in God, please visit God and Science.org

It is a wonder that today when people talk about science, it is as if God and science are mutually exclusive and God is not the God of science.

I get asked often how I can believe in God when there is such compelling evidence for the current Big Bang Theory and a universe that is millions of years old.  My response is simple, kinda.  I reply, “How can you believe the theories that exist when there is certainly no consensus among secular scientists and using observational science.  There is significant evidence against the prevailing theories.  In many cases what we observe clearly confirms the Bible or at least that current macro-evolutionary theories need to be thrown out.  It all comes down to faith.   I do not have enough faith to buy that they world is millions of years old and we started with a huge explosion from nothing.”

I realized however, people like to be told what to think and will never look or investigate for themselves to see what makes sense and what the evidence is really saying.  Knowing this first that evidence is evidence.  It is our world view that guides how we interpret the evidence.

Let me get the obvious stuff out of the way.   If you want to know if God exists, ask Him.   Talk to others that know Him and ask them to explain why they believe and what proof they have.  When I read the Bible, everyone that gets to know God, one way or another are changed by it.  Their lives are impacted.

I read an interesting article in New Science Magazine.  The article is entitled, 13 Things that Do Not Make Sense by Michael Brooks.  It is interesting to me that when our calculations don’t add up because what we observe does not match our evolutionary or Big Ban theories, we make things up to fill the discrepancies.  For instance, Dark Matter is a made up theory to explain how the universe is held together and why the mass of everything we observe does not square with what we know about gravitational and centrifugal forces.  In other words, “Galactic matter orbits around a central point because its mutual gravitational attraction creates centripetal forces. But there is not enough mass in the galaxies to produce the observed spin.”  So in order to make things square, the difference between what the mass is of an object and what the mass should be to yield what we observe, we call Dark Matter.

Scientists claim that dark matter must be there even though we cannot test for it, or observe it in any scientific way, but because of the universal object mass discrepancy, then Dark Matter must exist.

2 Timothy 3:7, “Ever learning, and never able to come to the knowledge of the truth.”

One other similar theory, and there are many, is the theory of Dark Energy.

Before the 1990’s, scientists theorized that the universe expanded rapidly after the Big Bang and would eventually slow down expansion as objects clustered and developed gravitational forces.  These gravitational forces would eventually slow universal expansion.  But the Hubble Telescope in the 90’s allowed scientists to observe the strangest thing.  The universe was speeding up expansion.  Well, that made absolutely no sense.  There was no way to explain what they observed based on their world view and previous theories.  They were so sure they had it right and taught generations of people this false theory and now, how could they explain what they couldn’t explain.  They made up a theory called Dark Energy.  Dark energy is the invisible force out there that causes the acceleration of universal expansion.

Since there is way more space than there is matter in the universe, they estimate that the universe is 68% Dark Energy, 27% Dark Matter and 5% Normal Matter.

To break this down and not get wrapped up into the weeds on this, what they are saying is that 5% of the universe is what we observe and that 5% we cannot explain without making up the other 95%.  But to sound like we know what we are talking about we make what we made up sound like fact.  The rationale is that dark matter and dark energy must be there because what we observe in the universe makes no sense without them if our original theory of a Big Bang is accurate.

Our schools teach one basic world view as fact shaping the world view of millions of people.  When new contradictory information is discovered that requires an adjustment of the shared world view, other world views based on the same facts are seldom encouraged. Imagine that all of the people that were taught false information before Hubble showed us how wrong we were.  This false information is guiding their decisions today and has falsely shaped their world view.  In fact, most people say they have tremendous faith in science and none or little in the Bible.

Sir Francis Bacon famously wrote, “It is true, that a little philosophy inclineth man’s mind to atheism, but depth in philosophy bringeth men’s minds about to religion; for while the mind of man looketh upon second causes scattered, it may sometimes rest in them, and go no further; but when it beholdeth the chain of them confederate, and linked together, it must needs fly to Providence and Deity.”

2 Timothy 4:3-4, “For the time will come when they will not endure sound doctrine; but after their own lusts shall they heap to themselves teachers, having itching ears; And they shall turn away their ears from the truth, and shall be turned unto fables.”

Ephesians 4:18 “They are darkened in their understanding, alienated from the life of God because of the ignorance that is in them, due to their hardness of heart.”

God has built into each person a knowledge of who He is.  What we observe cannot be explained and will perplex if God is removed from the equation.  Psalms 19:1-4, “The heavens declare the glory of God; the skies proclaim the work of his hands. Day after day they pour forth speech; night after night they display knowledge. There is no speech or language where their voice is not heard. Their voice goes out into all the earth, their words to the ends of the world.”

Romans 1:19-20 “For what can be known about God is plain to them, because God has shown it to them. For his invisible attributes, namely, his eternal power and divine nature, have been clearly perceived, ever since the creation of the world, in the things that have been made. So they are without excuse.”

Know What You Believe

Theodore N. Tahmisian, a nuclear physicist with the Atomic Energy Commission, has said:

“Scientists who go about teaching that evolution is a fact of life are great con men, and the story they are telling may be the greatest hoax ever. In explaining evolution we do not have one iota of fact … It is a tangled mishmash of guessing games and figure jaggling … If evolution occurred at all, it was probably in a very different manner than the way it is now taught” (Fresno Bee, Aug. 20, 1959).

I recently started paying attention to the campaign against free thought in schools.  It seems that in our public school system, you can believe in anything, anything except God created the heavens and the earth.  Quite seriously, you can believe that we were brought here by aliens, we are descendants of apes or chimpanzees, we are not really humans with a head arms and legs,  but biological pods that have created a mental projection of ourselves and nothing you do or no-one you interact with is real.  These things are quite acceptable to discuss in school and create discussion groups for and invite people to join.  Many parents would be even be intrigued to hear about your involvement in these groups.

However, a group that discussed Jesus, the Bible, or God would lead to the school being sued, protests, and perhaps public shaming.

Of the people who believe in evolution, how many people know why and know the facts?  How many take time to understand why some scientists believe certain aspects of evolution and Big Bang theories while other secular scientists do not?

And why is there the perpetuation of the false notion that science is opposed to the Bible?  Why, when scientific findings that cannot be explained in the context of macro evolution or the Big Bang theories are encountered, are not all theories, including biblical creation explored?

Whether you are a Christian, or agnostic or atheist, you owe it to yourself to know why you believe what you believe.  Especially when the stakes are so high.

See also: Why are Youth Leaving the Church